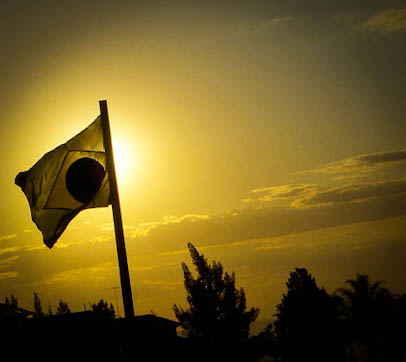 This guest post is brought to you by Joe Johnson of Total Travel Blog Flags arguably form the apex of nation identity for any given country, a symbolic representation of a nation and its people,

This guest post is brought to you by Joe Johnson of Total Travel Blog
Flags arguably form the apex of nation identity for any given country, a symbolic representation of a nation and its people, projected in most cases with a few simple shapes and colours.

The significance of the flag should not be underestimated; national emblems are purchased, carried, worn and even emblazoned onto the skin, all to signify allegiance to country. Flags are also used in protest and displays of disdain, burning a flag is considered to be the ultimate display of condemnation towards a country.

Clearly flags go beyond a simple composition of colours on canvass, they represent something much deeper, a culture, a way of life, a people; here are ten of the most famous, and the meanings behind them;

Arguably the most ubiquitous in the world, the U.S flag is particularly revered by inhabitants of the country, many displaying it proudly in their yard or hanging from the front of the house. Conversely, the flag is also used by the country’s enemies in displays of protest or hatred. It is well known even outside the U.S that each star displayed represents the 50 U.S states. Military procedures dictate that that the flag be folded in a particular fashion when in storage, with no more than 13 folds, ending up in a triangular shape, with the stars showing. 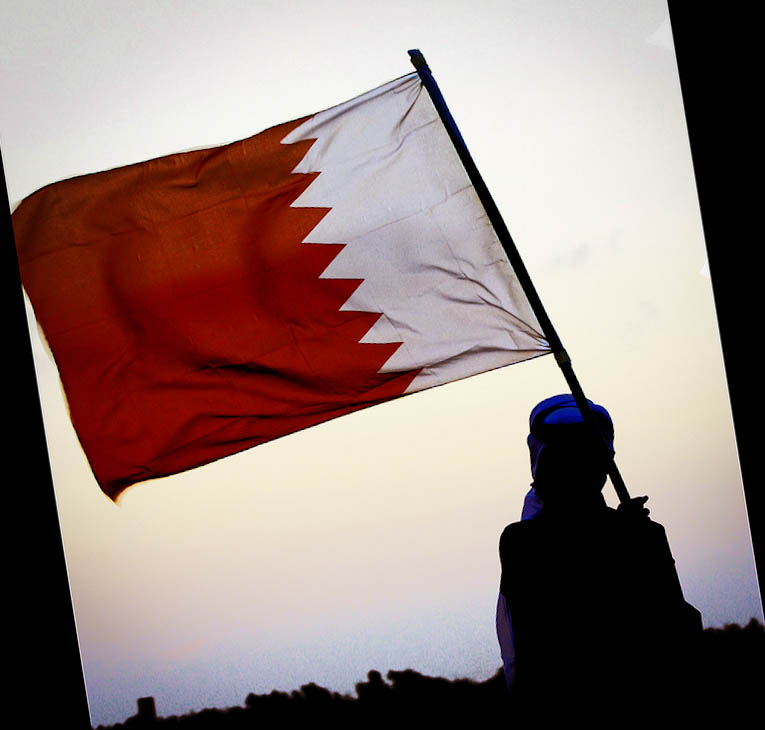 The most common colour found in world flags is white, closely followed by red, then blue, green , yellow and black. Qatar’s flag is unique because it’s the only one that features an attractive shade of Maroon. The flag wasn’t always this colour however, in fact; it was once red but as the story goes, it was once left out in the sun and faded slightly, creating a colour now recognised as ‘Qatar Red’.

Like many other world flags, the seemingly incongruous mix of colours does have deeper meaning. The red is said to represent the blood of soldiers who fought to create the Republic of China, while twelve rays from the white sun represent the hours in the day. Due to on-going dispute between China and Taiwan over independence, the Taiwanese flag is currently not allowed to be displayed at Olympic events, instead the team must use the Chinese flag.

The Japanese flag is incredibly simple, featuring a rectangular white background, with a red circle in the middle. This circle is said to represent the sun, underlining Japan’s status as ‘the land of the rising sun’. Despite popular belief, a variation of the flag, which includes a number of rays radiating out from the central ‘sun’ is not actually an ‘old’ design, but a variation associated with military, most commonly displayed on naval vessels.

Brazil is one of the few world flags to actually feature letters in the design. Sporting a green background overlaid first with a yellow diamond, then a blue circle emblazoned, the flag also displays the words ‘Ordem e Progresso’ in the native Portuguese, translating, somewhat obviously into English as ‘Order and Progress’, an appropriate phrase given Brazil’s increasing economic might. In case you were wondering, other flags with words on include Afghanistan, Andorra, Belize and Saudi Arabia.

Simply to look at the Nepalese flag is to understand why it’s so unique. It is in fact one of the only three flags in the world that doesn’t adopt a rectangular shape, instead it’s made up of two overlapping triangles, with a blue border representing peace, and a red background, reflecting the colour of the rhododendron; the national flower. The white shapes signify the moon and the sun.

Wondering what the other odd-shaped flags are? Unfortunately none are as intricate or wonderfully asymmetrical as Nepal’s offering, but the Swiss at least offer a bit of variety by going square. Although its clean, minimalist design looks modern, it is actually one of the oldest flags in the world. The white cross originates from when Swiss soldiers wore the symbol in battle to distinguish themselves from the enemy, and indicate their Christian faith.
Mars

For a flag that’s truly out of this world, check out the (Semi) official of Mars. This red, green and blue number is accepted   and recognised by the Mars society, the red representing the planet in its current state, and the green and blue representing possible transitional periods when Mars may be made inhabitable like earth.
Joe is a travel blogger who will be decorating his face with the obligatory St Georges cross this summer during the Euro 2012 championships. Unfortunately he’s not going to Poland or Ukraine, but he’s looking forward to watching the football on his Caribbean holidays. You can follow Joe on Twitter @backpack_joe and check out his blog, Total Travel Blog.
Tweet0Pin0Facebook0

One thought on “The Meanings Behind 8 Unusual Flag Designs”