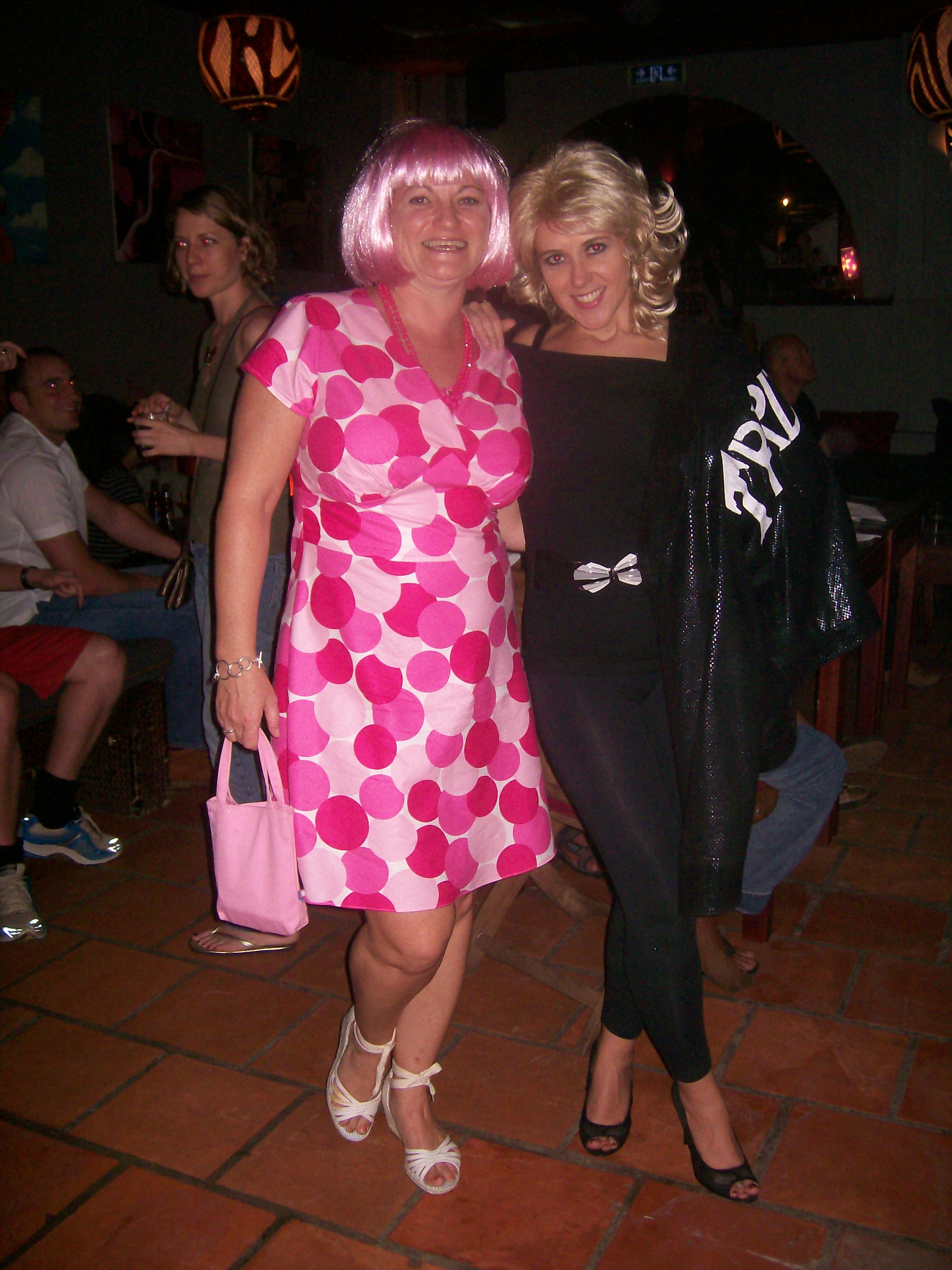 Yesterday was the last day of an incredibly long half-term and what better way to celebrate than with a fancy dress day at school? The first time I used the phrase ‘fancy dress’ with Nicklas he thought I wanted to go and buy a posh dress so, just to clarify, when I say fancy dress I mean a costume. One of the advantages of working in a school is that you get to do ridiculous things and nobody judges you for it. 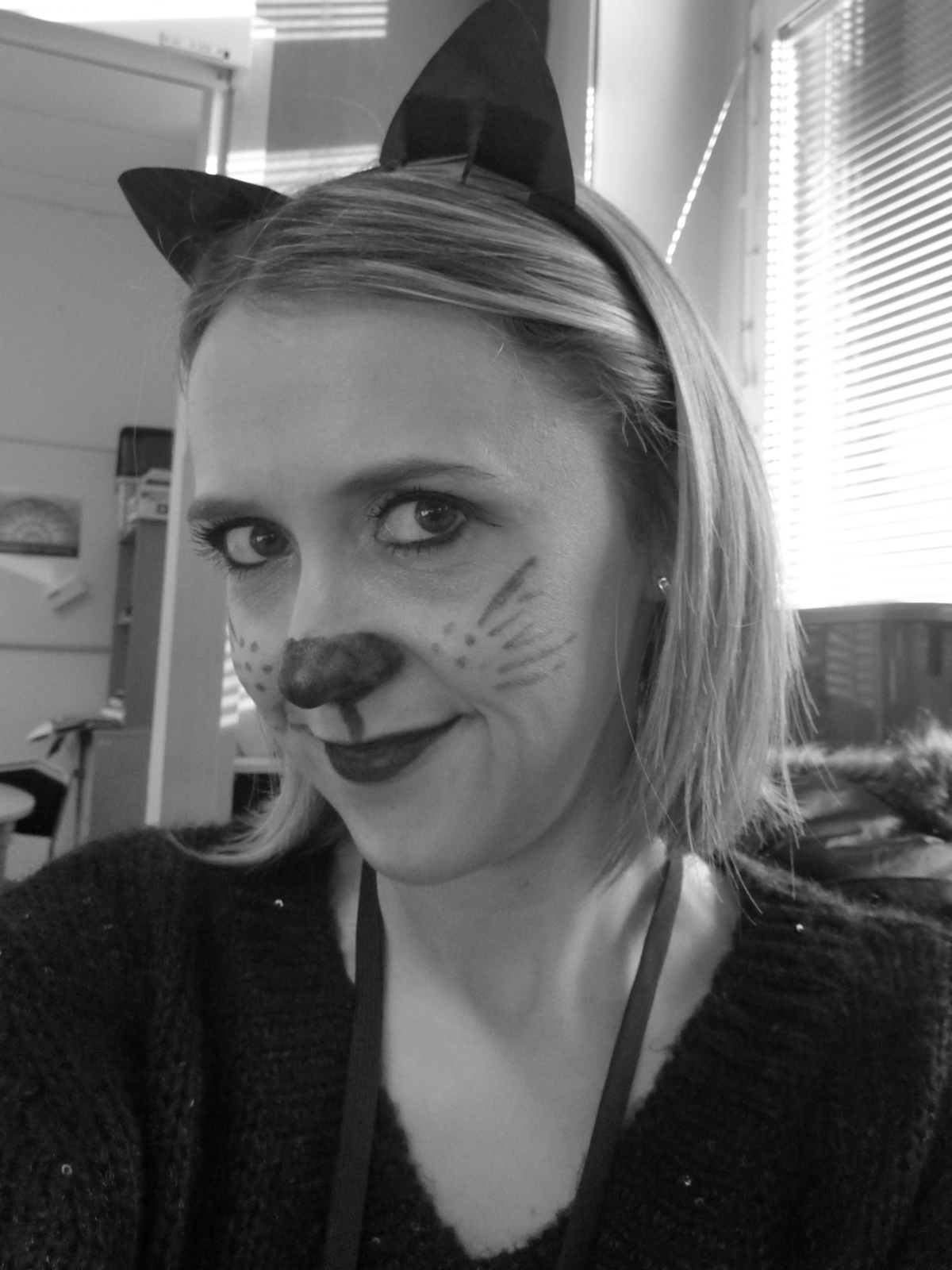 The best part about it was that very few of the students in those classes had bothered themselves. Grade 9 is obviously way too cool for dressing up. Most of the costumes in school yesterday were proudly worn by the lower years and the teachers. Costumes are one of those strange things that are very popular with young children, become a bit ‘sad’ when you’re a ‘cool’ teenager and are the best thing ever when you’re probably too old to get away with it but don’t care anymore! In my Grade 9 classes there were a few masks around, a group of girls that were dressed as Snoop Dog and the common scenario of young girls who assume that the notion of ‘dressing up’ means that they wear as little as they can possibly get away with.

Our half-term holiday falls very late in the term and as it is Halloween this Sunday, the dress up day theme was inevitably going to be Halloween. Halloween is one of those annual things that I have never been fond of. At home I was not encouraged to celebrate it and generally as a country the UK didn’t make much fuss about it either, although that may have changed now.

I get scared really easily: darkened windows freak me out, Doctor Who still terrifies me and I can’t even read Harry Potter alone in a room at night so Halloween is my ultimate nightmare. Every TV channel is showing gory movies and you can’t open your door at night incase there is a small child lurking behind it wearing one of those scream masks. I really like the idea of carving pumpkin lanterns as I think that they are really pretty but would prefer to make stars and hearts rather than a Jack o’ Lantern. Having said that, the beautifully carved pumpkins at the school Halloween disco did make a wonderfully atmospheric display as they glowed eerily through the smoke-machine mist.

For many years when I was growing up my parents hosted a New Year’s Eve fancy dress party and the costumes were brilliant. I don’t know if it was a rule but they were always home made and we used to prepare weeks in advance, it was all we could talk about and the costumes were top secret until the day. We would go shopping with excitement, looking around for material, hairspray and make-up. Then we would go home to  spend hours cutting, glueing, sewing, spraying and colouring. The most fun part of the evening was watching people arrive and not knowing who, or what, would walk through the door next.

Over the years we had all sorts of exciting costumes: vampires, hippies, characters from books and films, fairies, angels, vikings (complete with handmade 6ft longboat that sat in our garden for weeks afterwards): you name it! Ones that that are still memorable are Ian’s Darth Vader, Jo’s scarecrow and heavily pregnant Estelle’s paper mache ‘Free Willy’ Killer Whale.

Costume birthday parties are always the most fun. For these events you can pull out all the stops, especially in Vietnam where no costume is too outrageous to be tailor made for you! I have been WonderWoman, a viking, a 70s hippie and sexy Sandy from Grease 🙂

So yesterday at school I was a cat, a somewhat tame costume brought about by a number of factors – Sweden is too expensive to buy/make a decent costume, a long commute means that the shops are closed when I get home, problems with my foot have limited me to a certain pair of boots for the time being and a reliance on public transport makes me less inclined to look outrageous 🙂

It was still fun though and the effort by other teachers was also fabulous: Pippi Longstocking, a Rubik’s Cube, Slash, a cavewoman, the entire Addams family, and a whole host of zombies and witches added to the occasion. 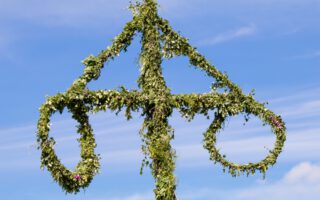