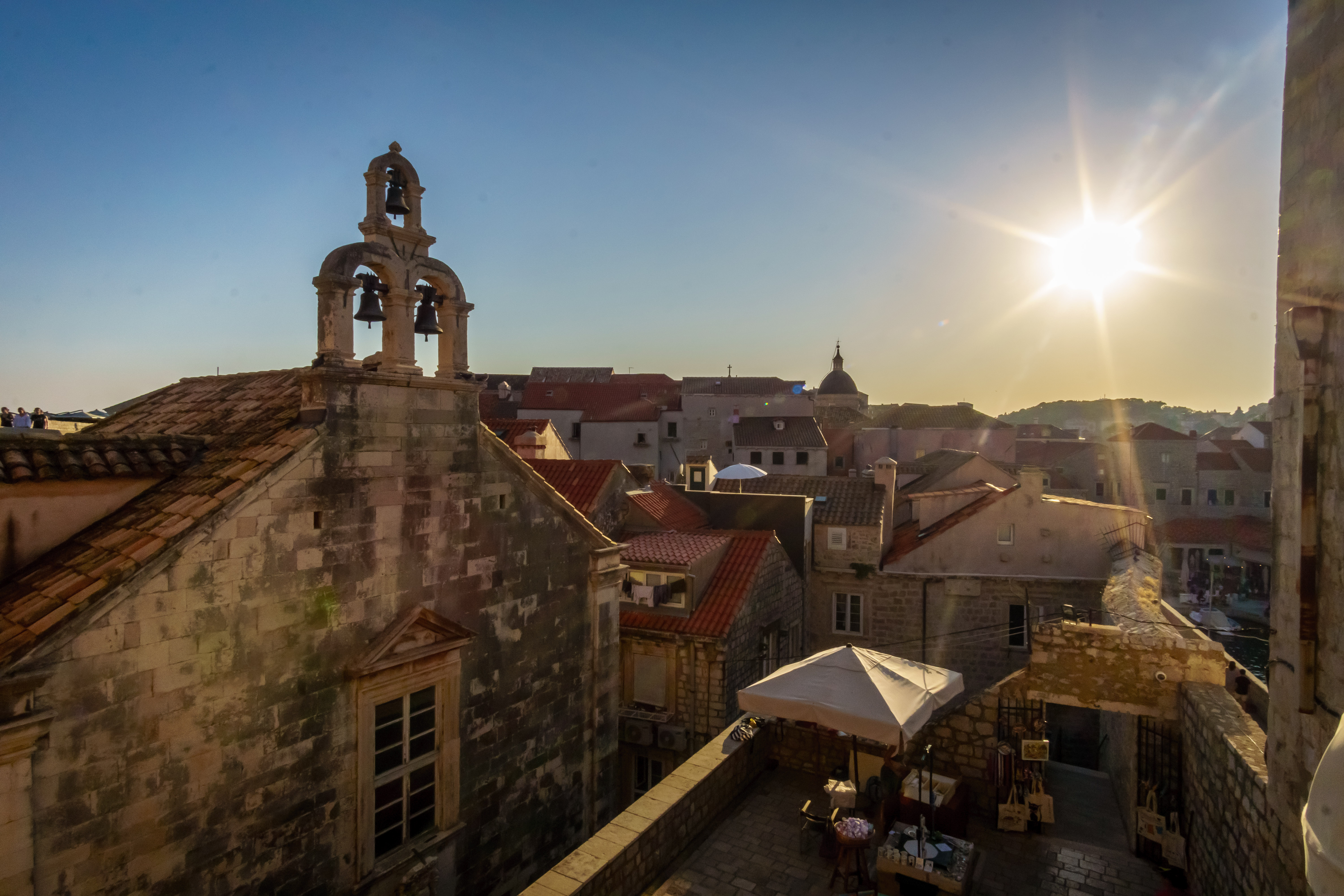 My teaching career has shuttled between Europe and Asia on more than a few occasions: I moved from the UK to Vietnam in 2007, Vietnam to Sweden in 2010, Sweden to India in 2014, and India to Slovakia in 2016. While I love the temples and jungles of the Far East, something about Europe always calls me back.

There is something magical about cloudless blue skylines pierced by pointed turrets, or climbing a church spire to look down upon a carpet of orange roof slates, or imagining centuries of life passing by beyond thick city walls.

Something about European Old Towns calls out to my imagination.

I have not been to every European Old Town, so no doubt there will be something missing from my list, but these are the 10 Old Towns that I have loved most so far. They are in no particular order of preference, and I would like to hear any other recommendations you might have. 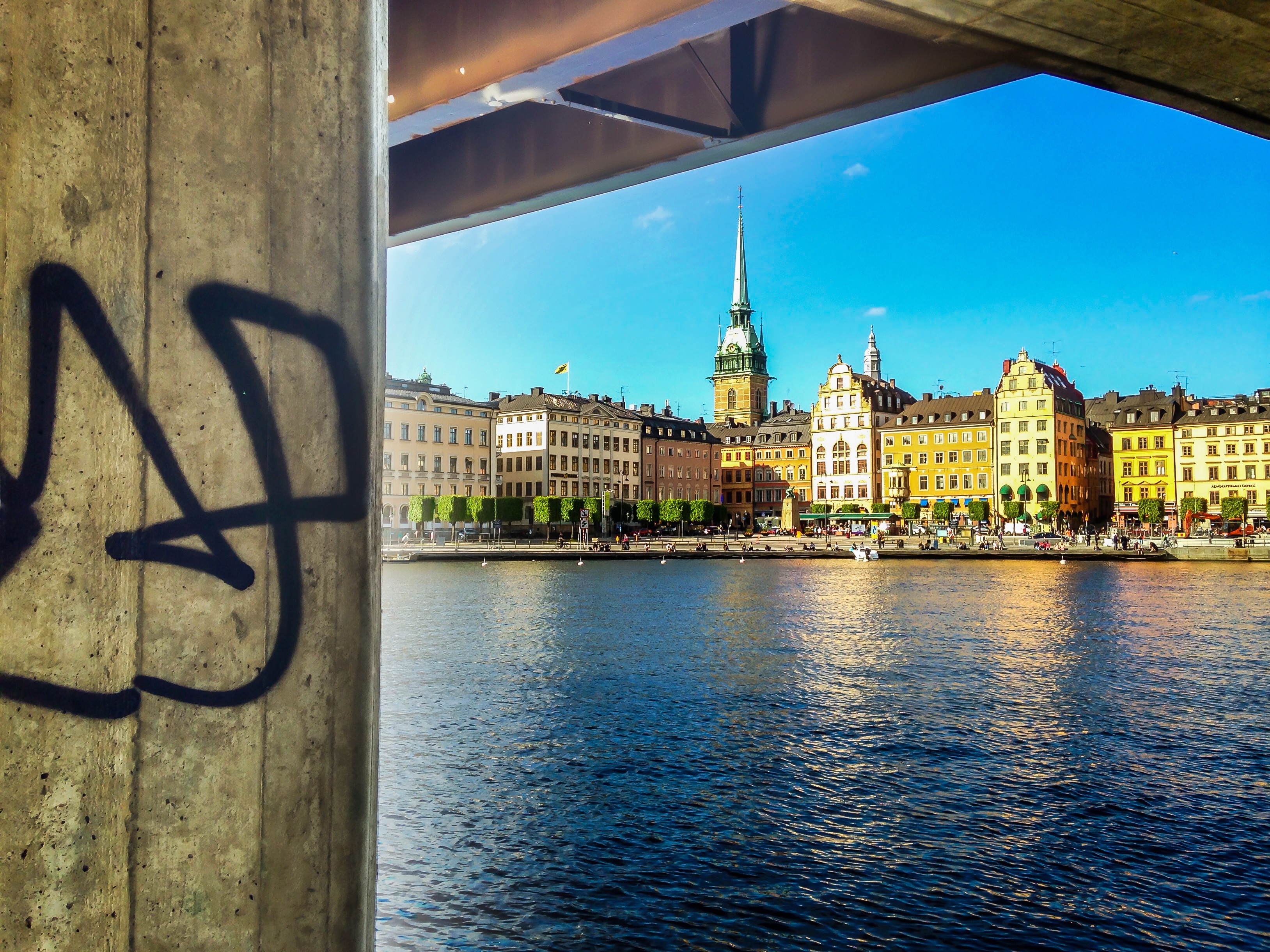 Gamla Stan (Old Town), will forever hold a special place in my heart. When I lived in Sweden, I passed through Stockholm’s Old Town twice a day – on my way to and from work. I saw the lights reflecting in the water by night; the trees decorated in blossoms in the spring, the streets full of tourists in the summer, and the lake sheeted in thick ice in the winter.

I ate in the restaurants, drank in cellar bars deep underground, rode the ferry across to Djurgården, and witnessed the most vibrant, most vivid winter sunsets I’ve ever seen. 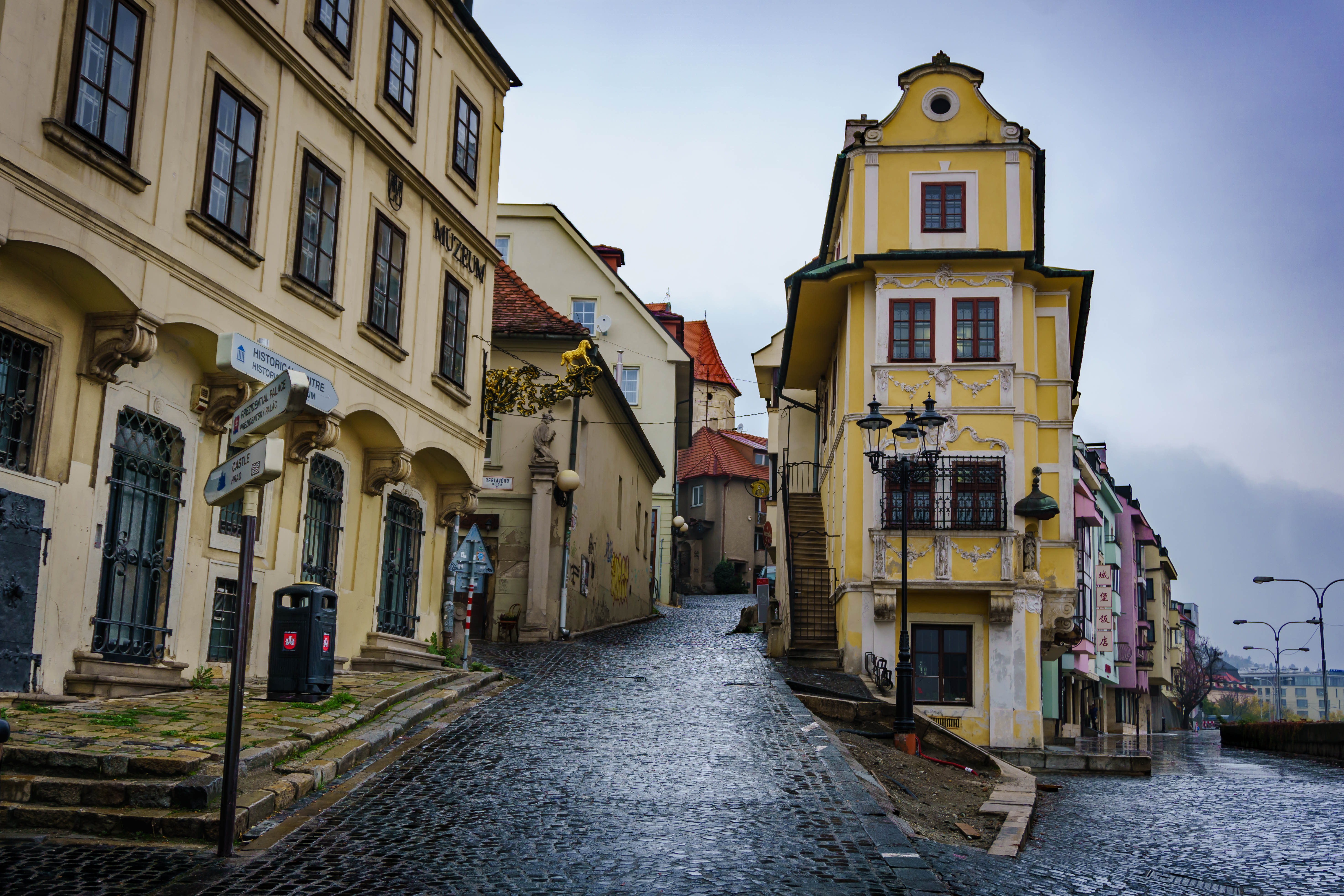 Stare Mest, Bratislava’s Old Town will also hold a special place in my heart. I have lived here for almost two years, and I am thinking of buying a house here. Yes, really! I am lucky enough to live right in a gorgeous Town House apartment, at one of the most prominent addresses in the Old Town. In fact, the houses where I live were once called palaces, belonging only to Aristocracy.

There are so many restaurants, bars and cafes in Bratislava’s Old Town that I still haven’t been to all of them. It has a great street café culture, which is amazing for people watching. It is like Prague in miniature. 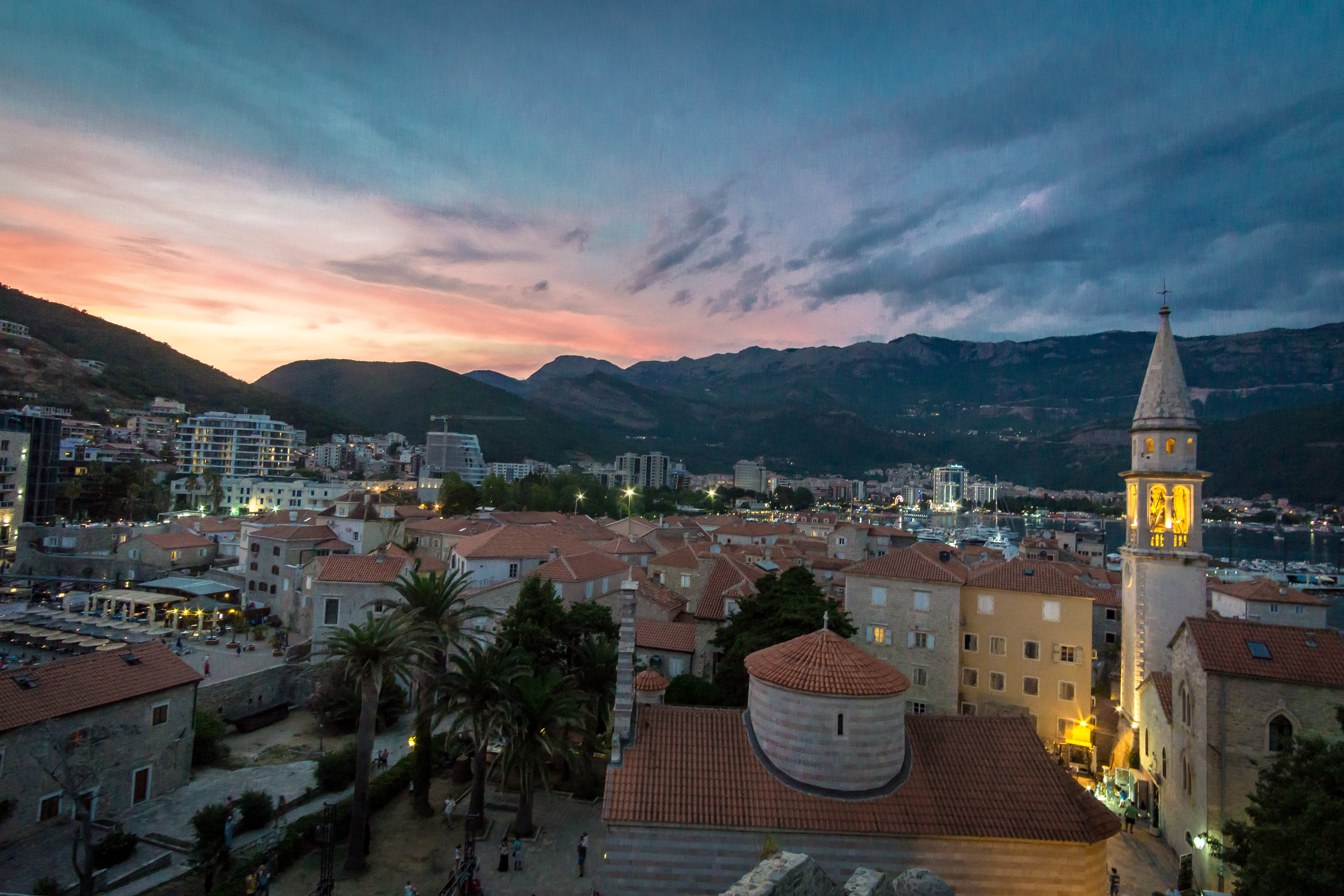 Kotor is many people’s favourite Old Town in Montenegro, but I preferred Budva, simply because Kotor was overrun with tourists from 3 large cruise ships when we were there.

Budva was busy too, but not so busy that it detracted from the town itself. What I loved most about Budva was the laid-back atmosphere of early evening when the setting sun turns the sky dusky pink and music pulses through the balmy air. It had a vibe that reminded me of Cartagena on Colombia’s Caribbean coast. 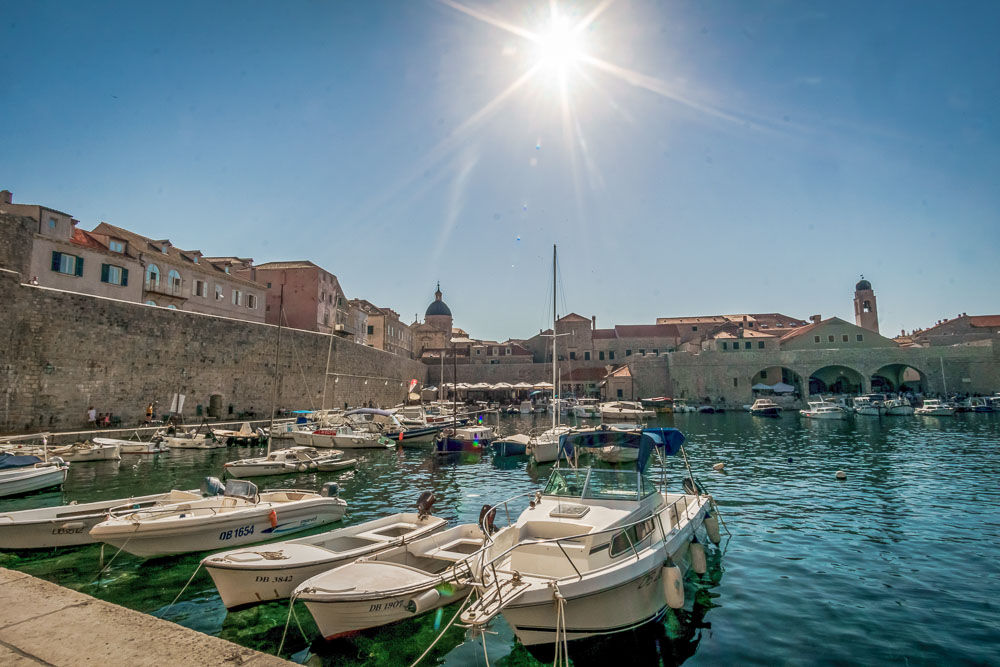 I did not like being in Dubrovnik on of my two previous visits, but it was not the city that I disliked: it was the behaviour of the tourists. Dubrovnik is a victim of its own success, and while most people are enjoying the Old Town responsibly, gangs of guys walk around topless, sweaty football shirts dangling from their waists. It is so busy that a small metal gate at the entrance regulates the flow of people going in and out. I’m pretty sure they’ll have to operate a one-in-one-out policy soon like they do in nightclubs.

BUT, I can’t deny that the Old Town is spectacular. If you walk just off the main avenue into the side streets, you will find a tangle of narrow bougainvillaea-lined alleyways that are often deserted. 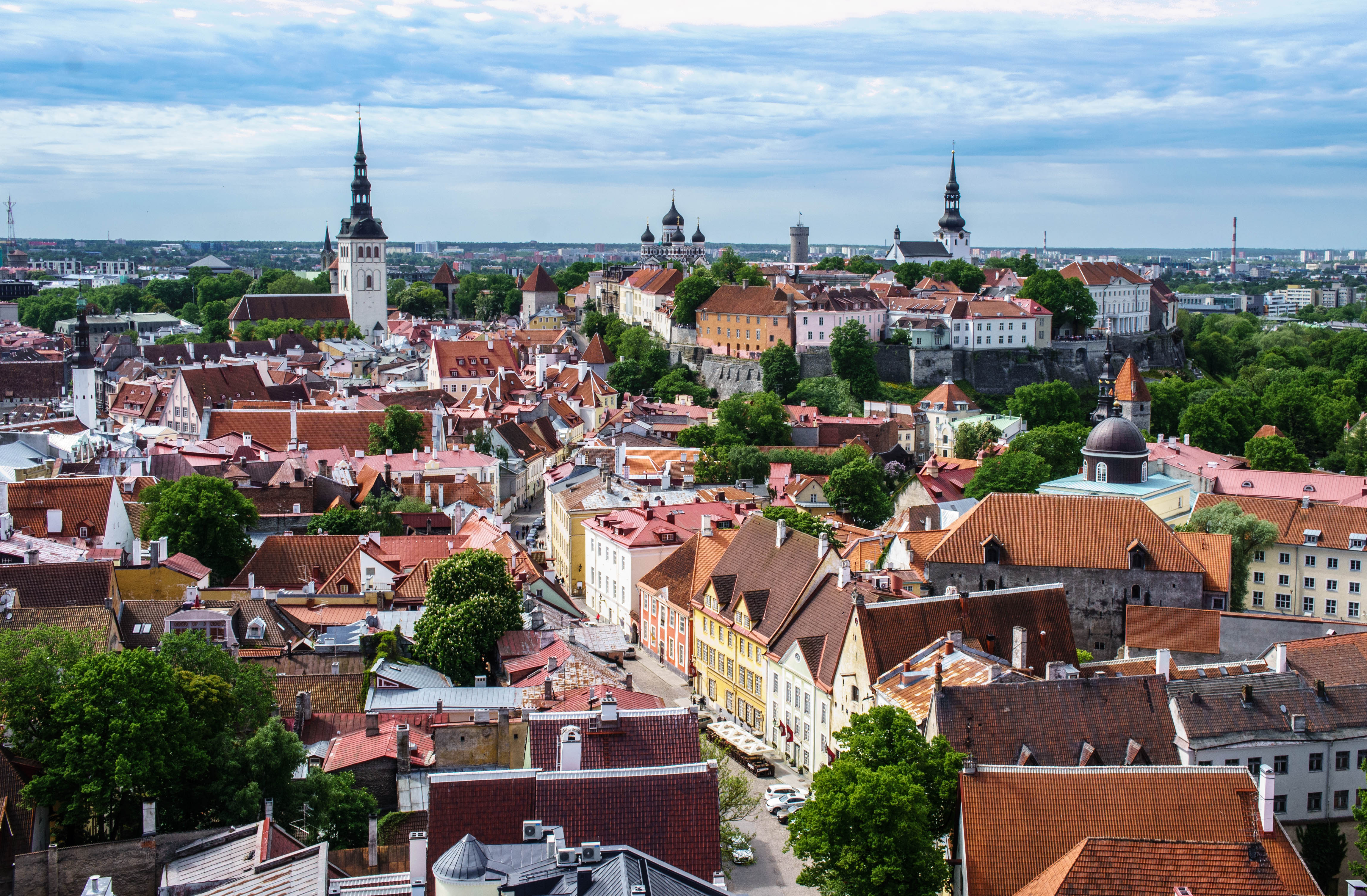 Tallinn’s Old Town is straight out of a fairy tale – it is everything you would expect from a European Old Town; and, while it does get busy, it has not yet reached the tourism levels of other European Old Towns. 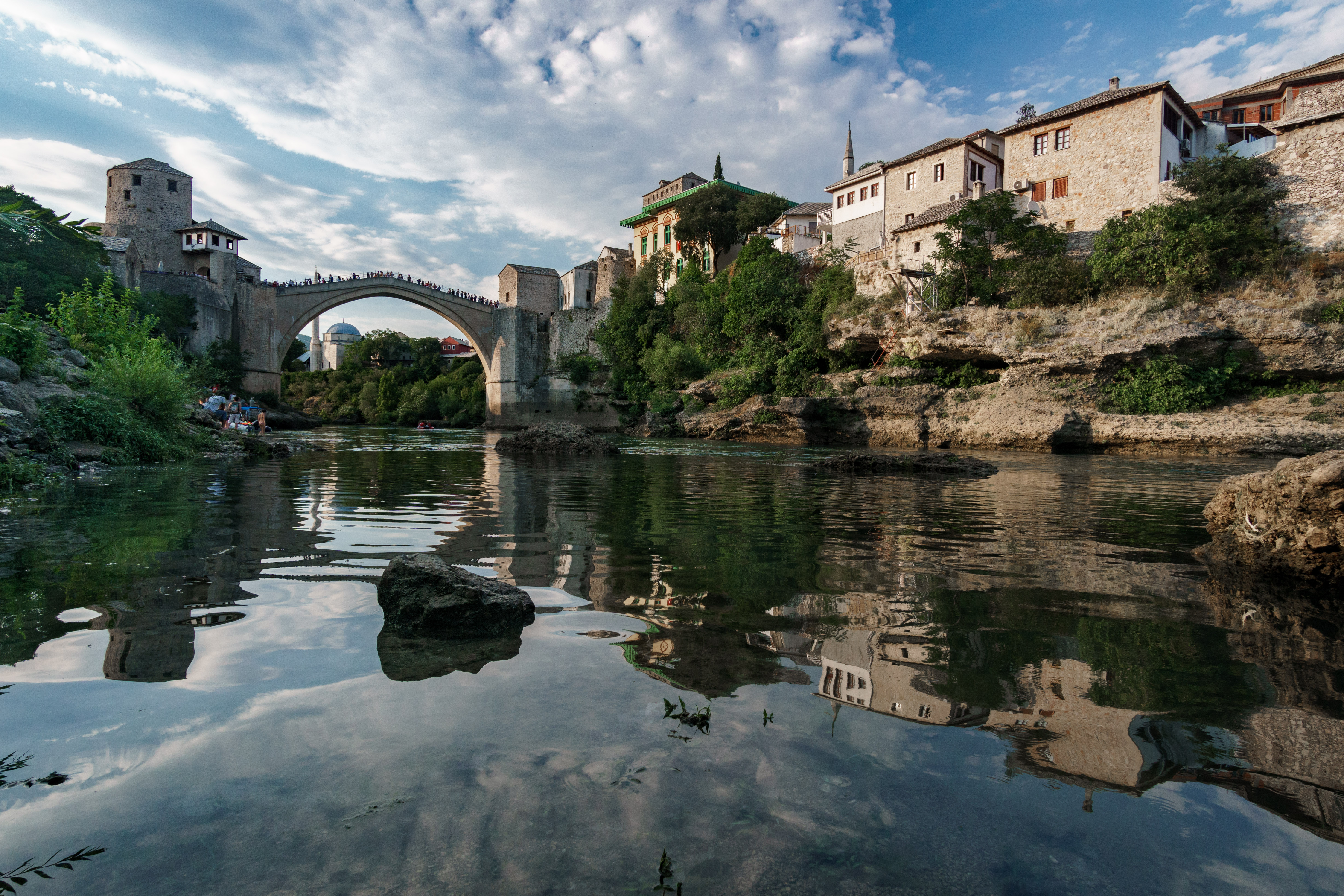 I experienced the hottest temperatures I had ever encountered in Europe when I was in Mostar; but thankfully, the trees shade most of the restaurants. Mostar is a great place to eat great food, buy souvenirs, and enjoy the jade green colour of the water. 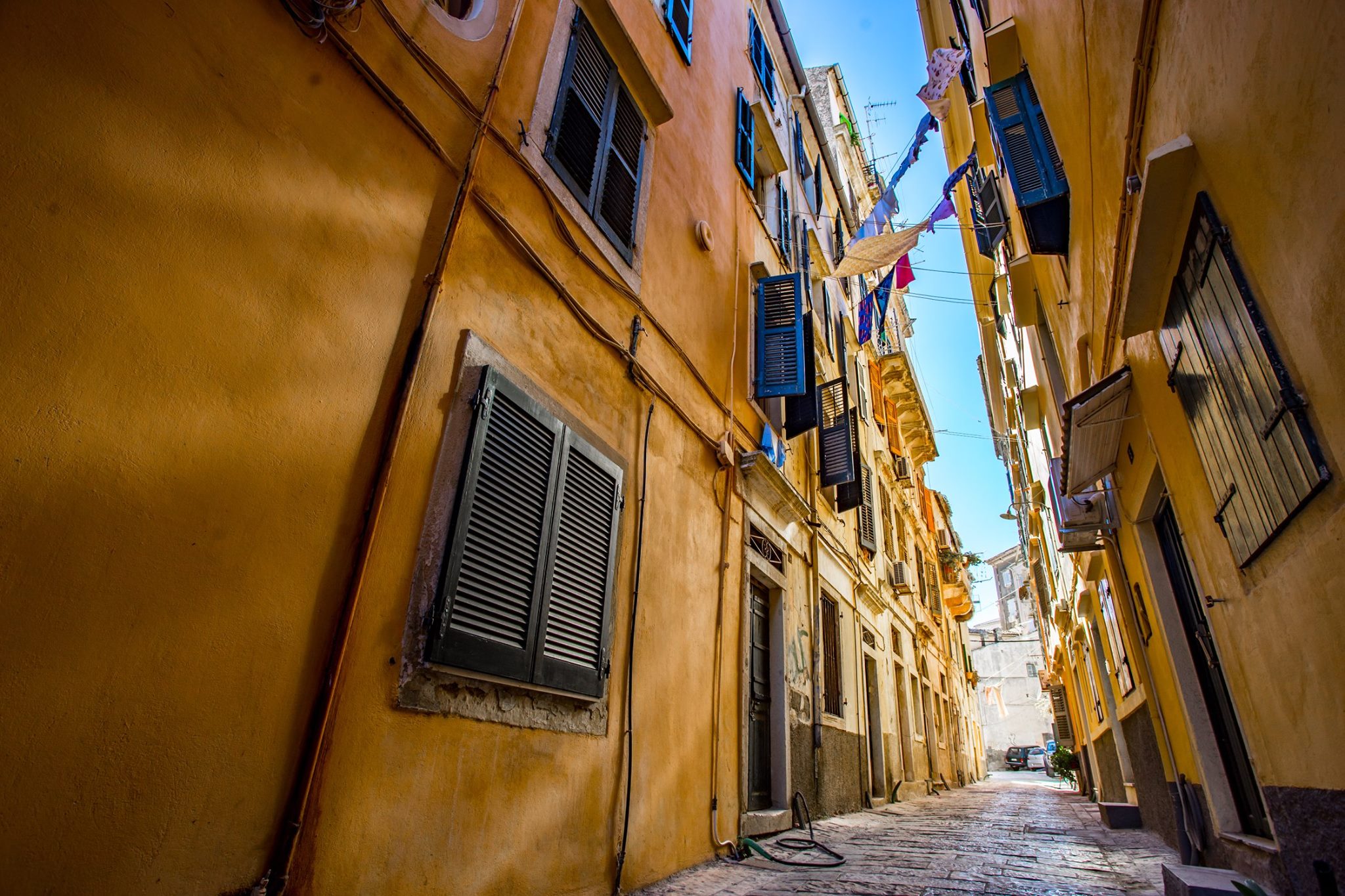 I was surprised by Corfu because Brits commonly view it as a party island for 17 year-olds. However, last year we passed from Albania onto Corfu to get a flight back home to Bratislava, and so we spent a few days there. The Old Town has colourful facades and cheerful little doorways enough to charm even the keenest photographers. 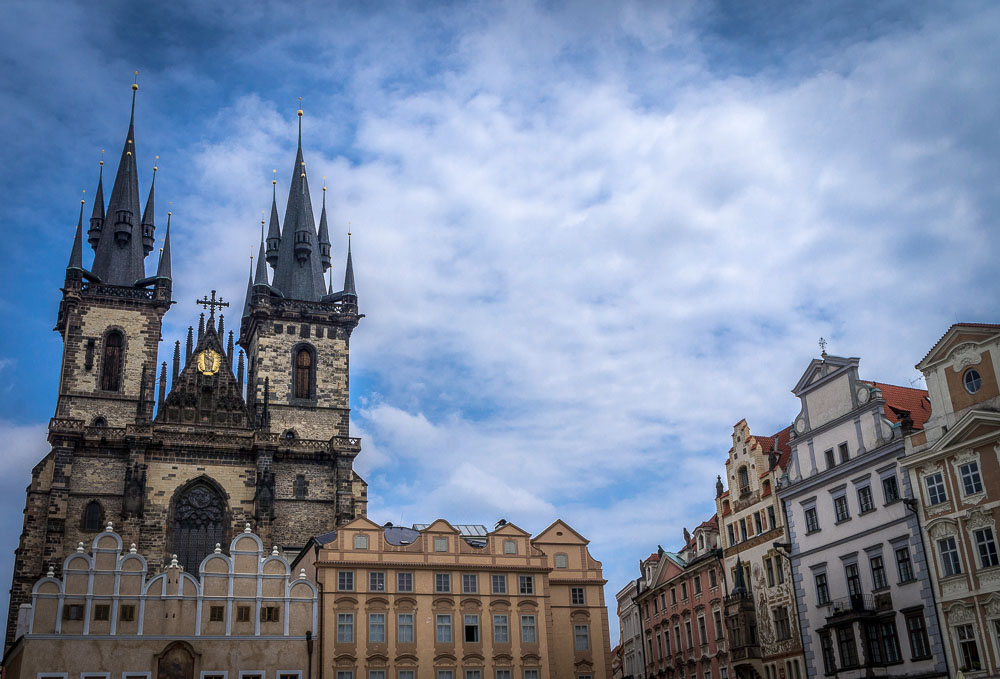 Prague had to be on the list because it’s impossible not to love Prague. The Old Town is pretty self-contained, with the Astronomical Clock as its magnificent centrepiece and a vast range of outdoor seating to sit and people-watch.

The Charles Bridge is worth walking along, but it’s best to go early morning before it gets too busy! 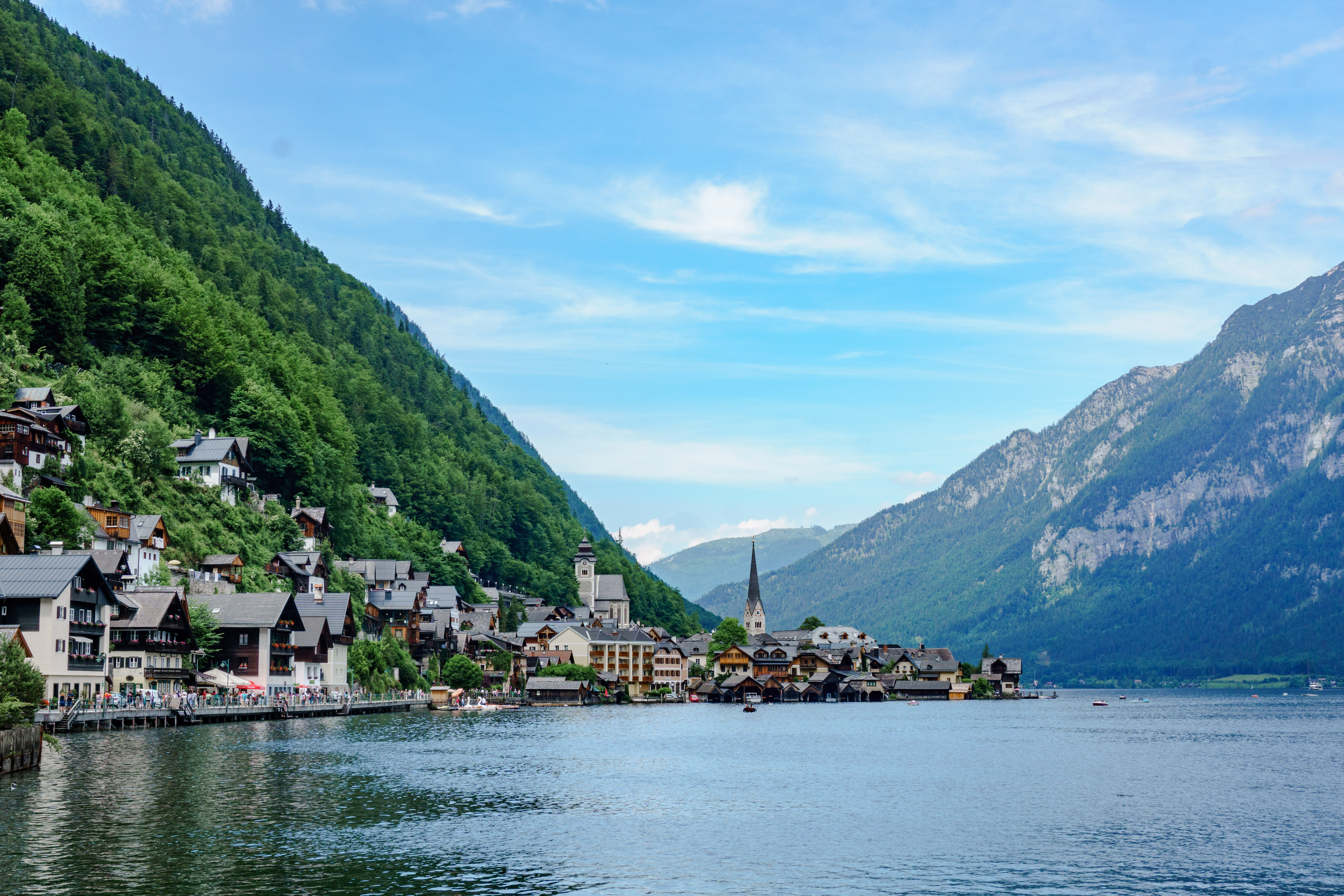 An Old Town that sits next to a lake surrounded by mountains? Hell, yes! Literally, those are my three favourite travel-related things in life, right there. Once upon a time, Hallstatt was only accessible by boat, or by trekking over the mountains. It’s easier to get to now, but it is still mainly pedestrianised, which is excellent as there are virtually no cars (apart from service vehicles and resident’s cars) to get in your way. 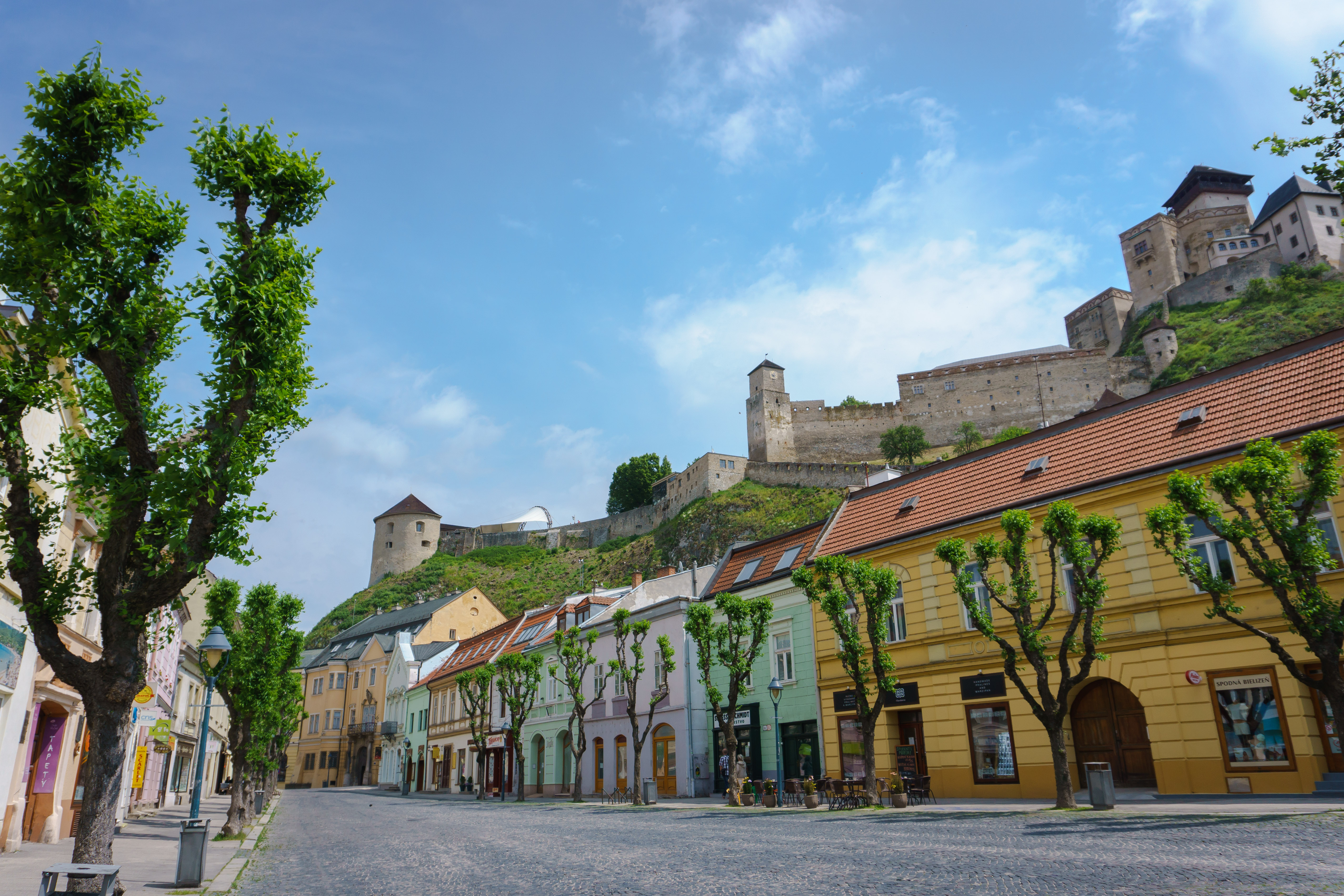 I’m putting another Slovak Old Town on the list, as I feel that Slovakia is one of Europe’s most underrated countries. When I say I live in Slovakia, most people think I mean Slovenia, or have never heard of it. Slovakia is such a great place (take a look on my blog for my other Slovakia posts, if you don’t believe me), it’s a shame that it only every features for most travellers as a fly-by between Vienna and Budapest.

Far above the town, a castle overlooks the row of colourful townhouses adorning Trencin’s high street. It is remarkably quiet, so you can take lovely photographs without all the tourists that plague the more popular Old Towns in Europe.

So, those are my favourite European Old Towns. What are yours? 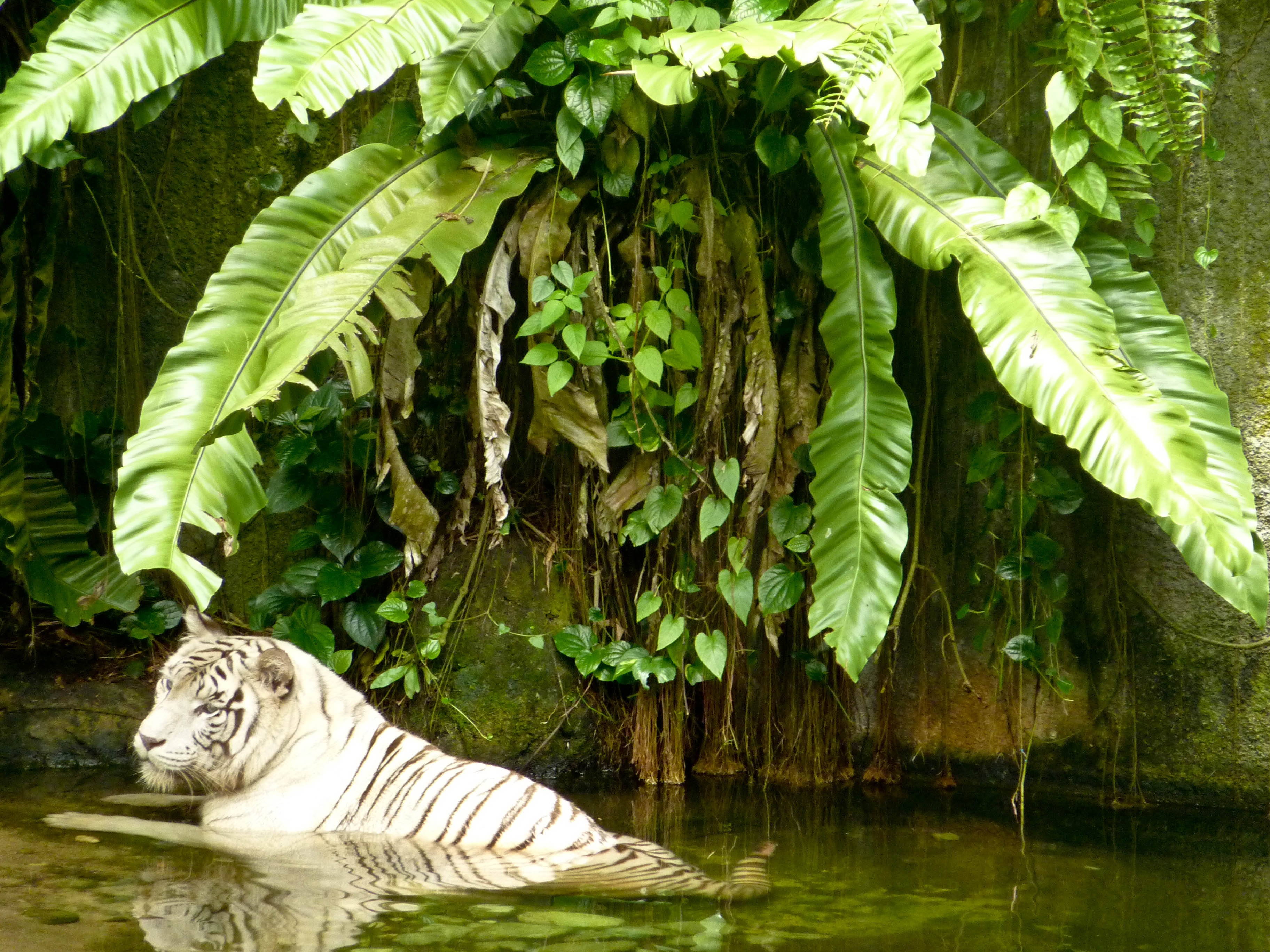 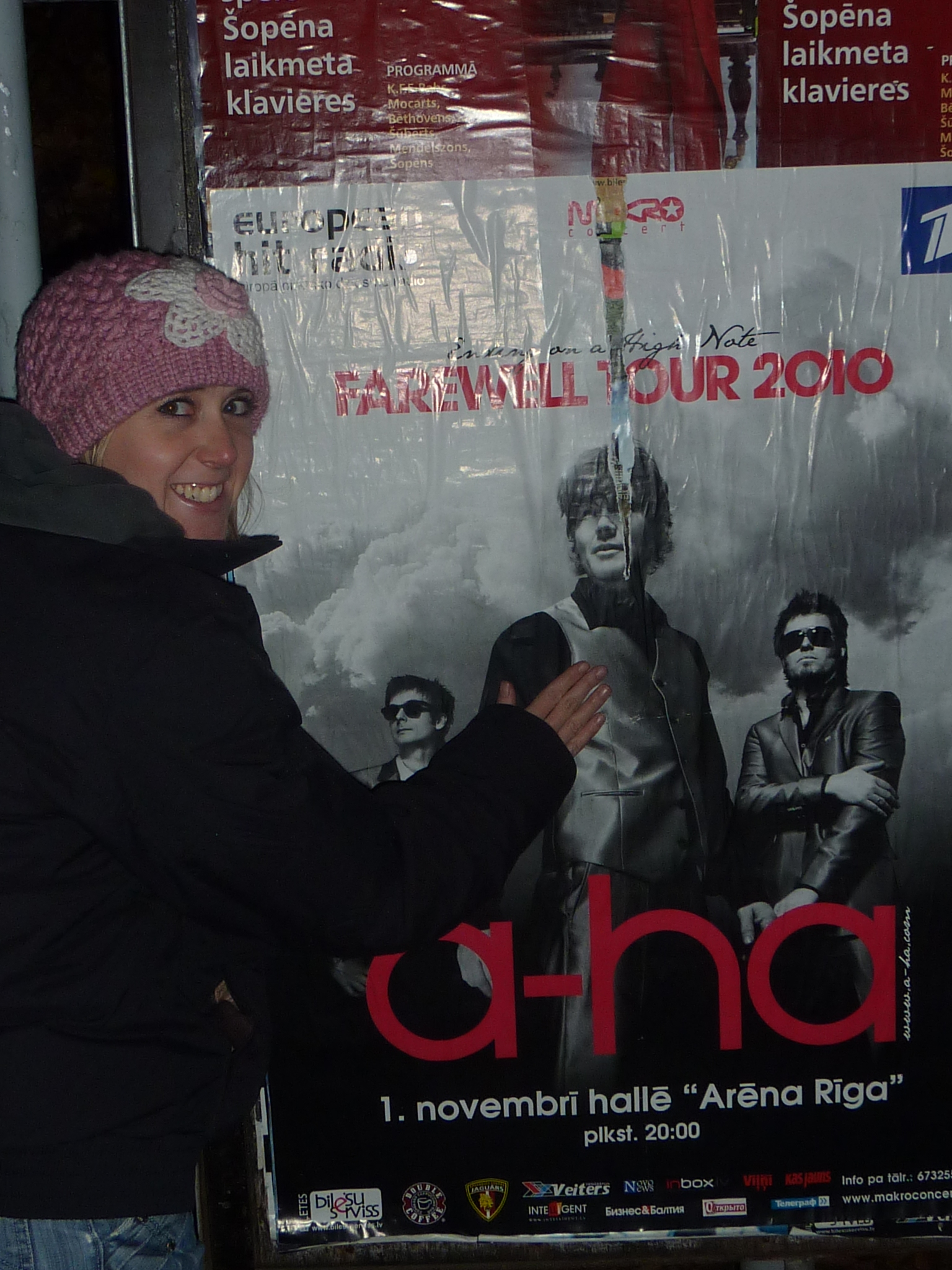