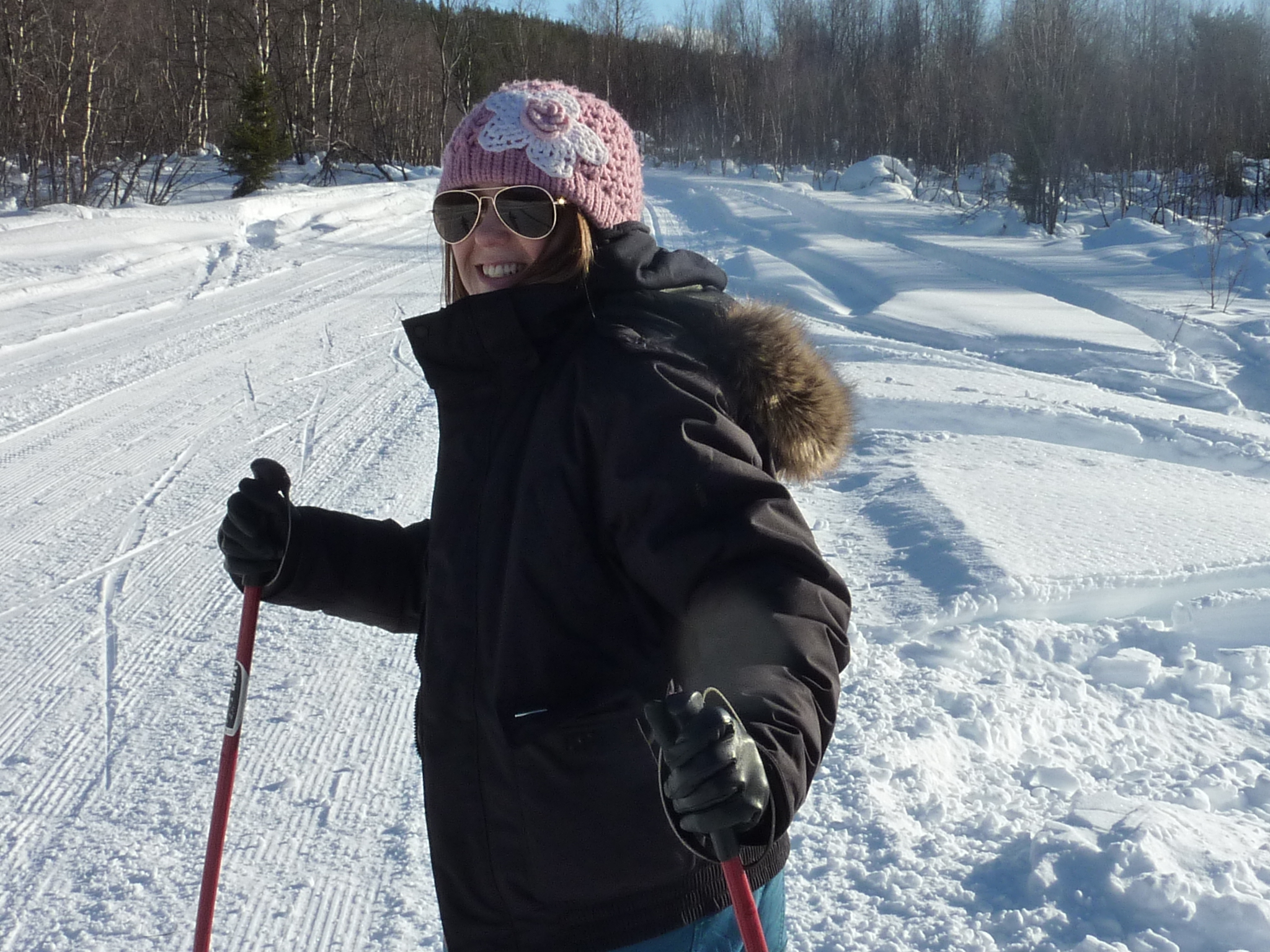 There are two things that I have always disliked: sport and being cold. For this reason I have never understood why people want to go skiing. Skiing holidays baffle me, why would anybody pay a lot of money to go somewhere so cold when you could go to a tropical island and lie on a hot beach? And those people who say “You can still catch the sun while you’re skiing” really confuse me, what is the point of getting a suntan only on your face? The only way I would ever consent to going along on a skiing trip is if I would be allowed to stay in a log cabin drinking hot chocolate and reading books all wrapped up in a cosy blanket whilst the others are out on the slopes. Then there are the broken bones and injuries to think about, there are very few people who go skiing regularly who don’t have a gristly tale to tell. No, skiing is definitely not for me. So, it was with some surprise that I found myself being clipped on to a pair of skis and about to embark on a new adventure.

In Sweden skiing is a fairly common sight in the winter but not the more familiar downhill, slalom-style of skiing but more amateur-friendly cross-country skiing. Even in a busy city like Stockholm people head out to the lake where snow-ploughs have made tracks especially for cross-country skiing and skating. The old and young, babies, children and dogs all out together and enjoying the best of the Swedish winter whether the temperature is -2 or -28. After a few excursions in and around Västerås watching people cross-country skiing I began to think that maybe it was something that I should have a go at during my time in Sweden and Lapland seemed to offer the perfect opportunity. Remote and quiet, I could have a go without feeling pressured by a steady stream of experienced skiers zooming past me getting frustrated at my slow pace and ineptitude.

Patricia sized me up and handed me a pair of skis and a pair of ski boots. Cross-country ski boots are not the same as downhill skiing boots, they are not made of moulded plastic and they only clip on to the ski with a bar at the toe of the boot leaving the rest of your foot free to lift off the ski and propel you forward. She handed us a hand-drawn map of the ski tracks that criss-cross the hillside behind the apartments. The designed track is a 5km loop that includes a few gentle hills and slopes, although even a very slight gradient is enough to make me feel nervous. There is also a steep ski slope for those who wish to have a go at downhill skiing. I didn’t. We set off just before lunch for a trial in which I was to practise on the skis and get my balance and we crossed the road to the start of the track. Initially I resembled Bambi taking his first few steps across the ice but before long, and without any falls, I began to get my balance. Although slow, I picked up the motion fairly easily and was not as terrible as I’d imagined I would be. Tracks made by a scooter make deep grooves in the snow that your skis fit perfectly into and you stay on the track, a bit like a roller-coaster! At the first branch in the tracks we had to make a decision about which way to go and I opted for left as the right hand side seemed to have a frighteningly steep uphill gradient for somebody so inexperienced. As we progressed higher up the mountainside the snow got less icy and more powdery making skiing easier and I became a bit more confident even managing a few very small slopes.

It was not long before we realised that we had deviated off the track on the map and had no idea where we were. We had not prepared for being out longer than half an hour as the original plan was to let me practise balancing and moving, I never thought we would actually begin a route. It was past lunch-time and we had not brought any food or water with us, we were both hungry and I had developed a strong headache from dehydration. The sun seemed to be worryingly low in the sky. Survival skills came into action: by looking at the direction of the features around us we worked out which direction headed towards the lake and the way we needed to go, this is not easy when lost in the maze of a snowy pine forest, miles of which seem to be neither uphill nor downhill. We used the ski-slope in the distance as a marker to get us back on track and then our thoughts were confirmed when we began to run parallel to a small, barely running stream. As long as we stayed parallel to the stream and headed downhill, we would reach the lake. By this point all of my limbs were aching and I was longing to get off the skis and walk on steady ground again so it was with immense relief that I saw the forest open out before me to reveal the desolate white plain of the lake below.

I enjoyed my cross-country ski experience and now fully realise the concept on which a cross-trainer in a gym is based. I am thankful that I have spent many hours on a cross-trainer so I was prepared for the pain that the next few days would bring. Unfortunately winter is ebbing away in the south of Sweden and skiing will not be an option for much longer. With a bit more practise cross-country skiing is something that I might enjoy another Swedish winter, I may even make it a focus of another trip up north. 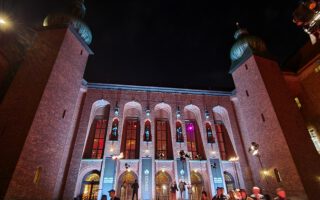